No.2 Night Frightens the Day

The ‘Night frightens the day, Калі ноч палохае дзень’ series by Sean Hanrahan is inspired by Botticelli’s Primevera 1492, and influenced in part the use of plants and foliage as motifs to form new psychological ideas based on veiled or hidden meaning.

As Sean explains: “In January 2014, the VCCA (Centre of Contemporary and Modern Art) Vitebsk, Belarus invited me to host a solo show as part of their International Artist program. My initial response was to create a body of work that reflected similarities between Belarusian and Irish/European traditional cultures. This led to research in folk art, medieval hunting imagery, traditional 17th century Russian Lubok wood-cut prints and Italian Renaissance art. The re-discovery of Botticelli’s Primevera (1492) influenced the use of plants and foliage as motifs to form new psychological ideas based on veiled or hidden meaning. Parallel to this, I began to resolve the technical aspect of producing the work through the use of Photography and Silkscreen print on primed plywood.

By March 2014 it became clear that the work was to take on a more psychological rather than a cultural direction. This was reinforced by a visit to the Centre of Contemporary Culture Barcelona (CCCB), where I had the opportunity to view the extraordinary exhibition Metamorphosis: Fantasy Visions in Starewitch, Svankmayer and the Quay brothers – four key figures in animated film who drew on the phantasmagoric and grotesque. This experience further influenced me in creating imagery for ‘Night frightens the day, Калі ноч палохае дзень, the result of which has personal meaning and is intended to invoke psychological memories and experiences in the viewer.”

The title Night Frightens the Day/Калі ноч палохае дзень includes the direct Russian translation. This series has been exhibited in Belarus twice including in the VCCA (Centre for Contemporary and Modern Art) Minsk, Belarus.

Materials: This series of one-off fine art silkscreens are printed on plywood with solvent-free inks. The colours, including a silver ink, are layered giving a soft sheen effect.

Framing: If you would like us to arrange framing please let us know and we’ll send you samples and quotes.

Colours: Due to differences with screen resolution and calibrations colours may not be exactly as viewed in these images.

Lead Time: This piece should be delivered within 3 weeks unless framing is being arranged.

Editions: This work is not editioned. 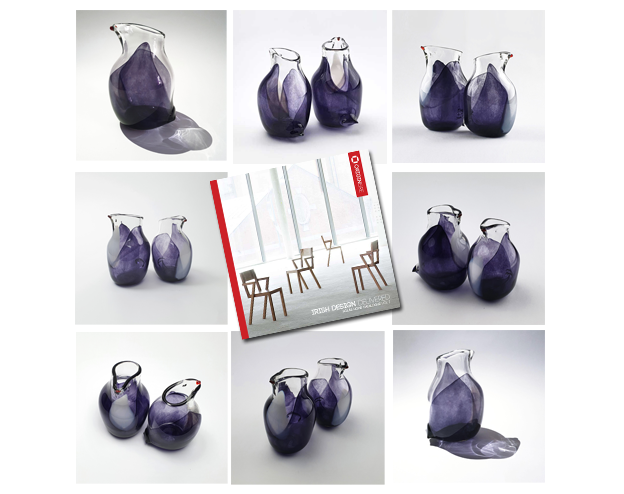 Origineire are currently taking orders for these beautiful Penguin Jugs. Orders will close soon. Click the link to find out more and order yours.

We use cookies on our website to give you the most relevant experience by remembering your preferences and repeat visits. By clicking “Accept All”, you consent to the use of ALL the cookies. However, you may visit "Cookie Settings" to provide a controlled consent.
Cookie SettingsAccept All
Manage consent

This website uses cookies to improve your experience while you navigate through the website. Out of these, the cookies that are categorized as necessary are stored on your browser as they are essential for the working of basic functionalities of the website. We also use third-party cookies that help us analyze and understand how you use this website. These cookies will be stored in your browser only with your consent. You also have the option to opt-out of these cookies. But opting out of some of these cookies may affect your browsing experience.
Necessary Always Enabled
Necessary cookies are absolutely essential for the website to function properly. This category only includes cookies that ensures basic functionalities and security features of the website. These cookies do not store any personal information.
Non-necessary
Any cookies that may not be particularly necessary for the website to function and is used specifically to collect user personal data via analytics, ads, other embedded contents are termed as non-necessary cookies. It is mandatory to procure user consent prior to running these cookies on your website.
SAVE & ACCEPT
Brought to you by WisdmLabs: Expert WooCommerce Developer